Get superior control and flexibility with tools specific to your line of work. TurboCAD Mac Pro includes these suites of professional design tools:

Easily import existing designs from popular CAD and graphic design file formats, including AutoCAD® .DWG. Just as easily, save designs from TurboCAD to other CAD formats, or choose a popular desktop publishing formats such as EPS TIFF, CGM and more, to create brochures or other marketing materials. Even print design to your specifications with options for better control of how the printed document will look.

The OBJ File format was updated to supporting reading and displaying textures. 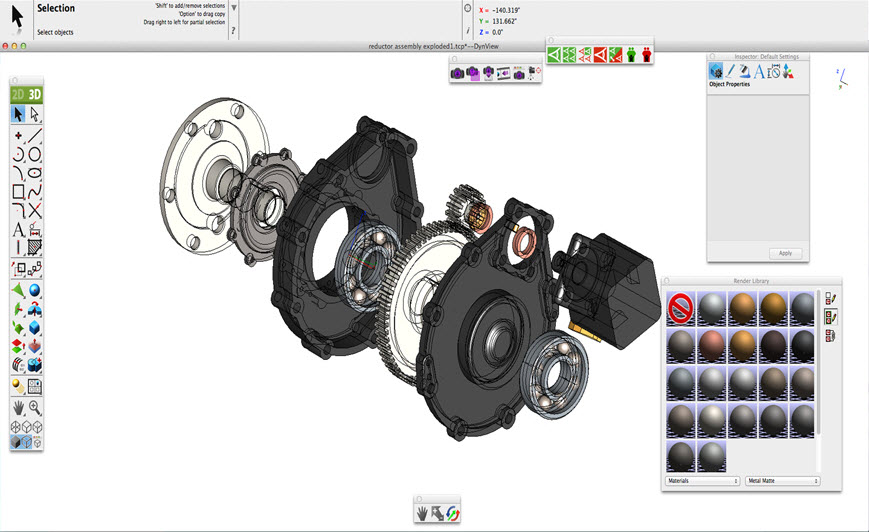 The Ultimate in Design Productivity

TurboCAD® Mac Pro makes it easy to design in 2D or 3D with a setup wizard, customisable toolbars and the most usability features including:

TurboCAD® Mac Pro includes advanced tools for professional architectural design as well as thousands of symbols, materials, decals, and pre-drawn floorplans. Self-healing walls auto-dimension as they are drawn, auto trim wall vertices, and allow for assignment of hatch patterns and colour. Roof and slab tools work to quickly attach to existing walls, and when parametric doors and windows are added, the built-in intelligence automatically creates the needed openings.

Quickly create quad mesh primitives, extrusions, coverts, lathes, and meshes by points. Use subdivision modeling tools to smooth a quad mesh with a few clicks. Use in conjunction with the gripper tool for direct manipulation allowing you to easily create more organic shapes.

TurboCAD Mac Pro makes it easier to visualise your next woodworking project with a suite of woodworking joint tools. Create these joints with just a few clicks:

TurboCAD Mac Pro offers a fully editable, hierarchal part tree for Solids and Surfaces. The Part Tree can be viewed as a selective UNDO/REDO tool: adjust the parameters of a bend, for example, without having to UNDO the design steps that have been made to the model since the parameter of that object were originally set. Each subsequent step will be applied correctly on the newly updated geometry.

Add materials, lighting including special effects lighting, and environmental effects to create stunning photorealistic renderings. High Dynamic-Range Images (HDRI) are supported as well as export of poster size images. You can even select a sketch render styles like cartoon, colour wash, pencil, mosaic and more for an artistic effect.

The Print by Layer Tool is extremely useful when you have multiple sets of data within one file that needs printing. For less complex jobs, use the Print Window option to simply drag the mouse over the area of your design you wish to print. Use page layouts to publish your design from up to 4 different view angles on a single page, controlling text size and more.

Record your screen with QuickTime Recording including audio capture for creating videos and tutorials. Save designs as single or multi-page PDFs for sending via email, or export to one of the many desktop publishing formats for placement in brochures and more. 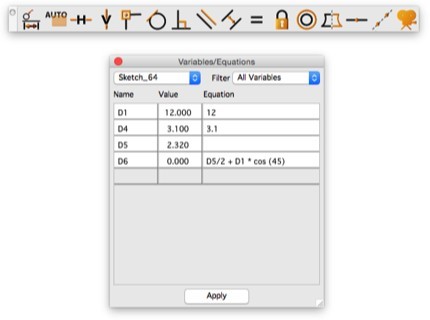 Dimension and constraint tools are now available to manage the geometric relationships between 2D shapes.

You can now modify a tool palette to use larger or smaller icons. Right click on the tool bar header to display a popup menu for “Change Icon Size”. This menu now provides options for 64,32,24 and 16-pixel sized icons. The default icon size is 32x32.

A new command to duplicate a layer and all the objects in that layer is now available through Concept Explorer. To access this command, place your cursor over the layer you want to duplicate, right click and select the Duplicate command. If you Duplicate a sub layer, the new duplicated layer is promoted to a first level layer. 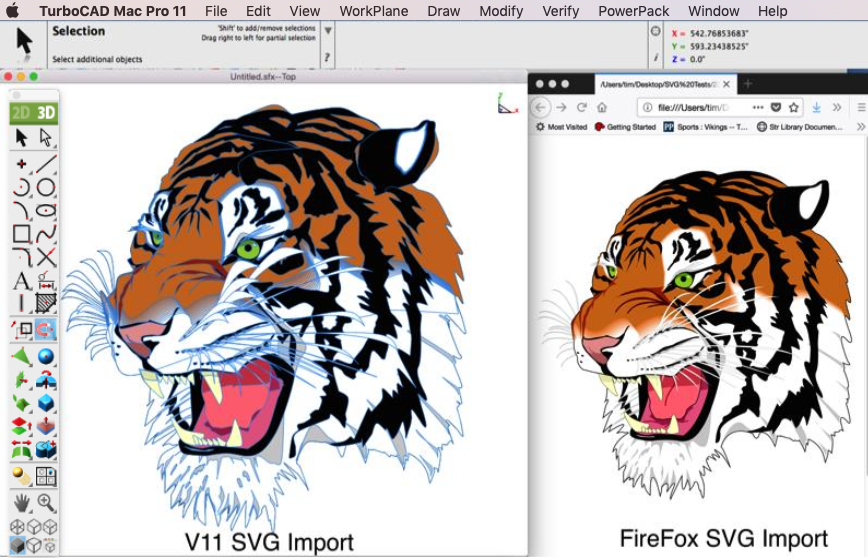 Scalable Vector Graphics (SVG) is an XML-based vector image format for two-dimensional graphics with support for interactivity and animation. V11 now supports importing and exporting to this new format.

The new SVG Import/Export provides an alternative to using the Adobe Illustrator format for sharing vector based (scalable) graphics.

Note: For importing SVG files from Adobe Illustrator use a unit setting of mm (or inch) and a DPI setting of 72 to get the correct scale. 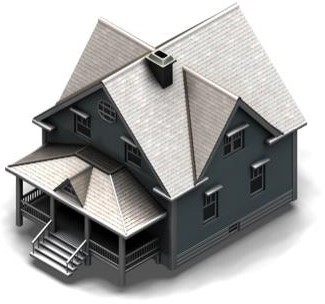 Prints involving objects with textures now internally use Lightworks to generate the image for the printer, providing a high-resolution output.

Skinning is the process of constructing a NURB surface between sections. Skins in TurboCAD can be open resulting in a NURB Surface or closed creating a Solid. V11 introduces the ability to specify a path. The path defines the flow of the surface between the sections. Specifying a path means you may be able to define less sections which may produce a more overall smooth surface. Restrictions - Path must be one G2 smooth curve - Path must be perpendicular at a section intersection

Some design tasks prefer higher order curves such as arcs, circles, and/or ellipses over lines. For example, sharing data with a plasma or water jet cutting CNC system or extruding a profile into a solid and later adding edge treatments. V11 introduces the Simplify Curve tool to assist in this task. Covert Lines or Polylines into: Arcs, Circles, Ellipses, Splines. 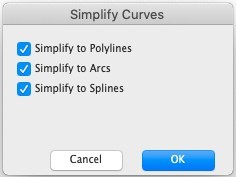 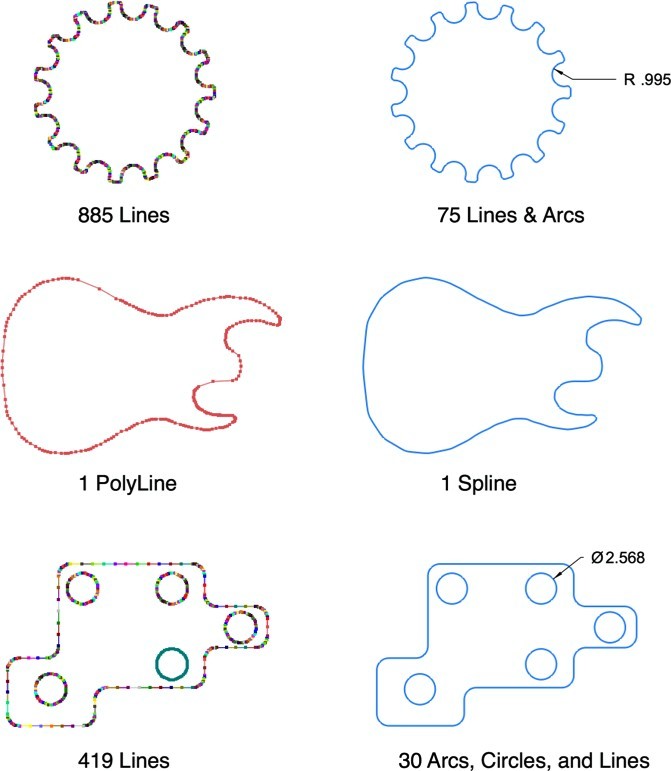 Some predefined edge treatments include:

Stopped Chamfers are a new solid modelling feature in V11. A Stopped Chamfer replaces an edge with a bevel, typically for decorative purpose. The bevel starts and ends by a user specified value. Parameters used to define a Stopped Chamfer are:

V11 introduces the ability to use parametric formulas to design NURB shapes. Formulas are defined by users specifying how x, y, and z relate to a parameterized equation (UV). For example, a simple Paraboloid NURB surface is defined by U and V through the three parametric formulas: f(x) = U*cos(V) f(y) = U*sin(V) f(z) = 0.2*U^2 Some predefined formulas available from a drop down for the designer include: 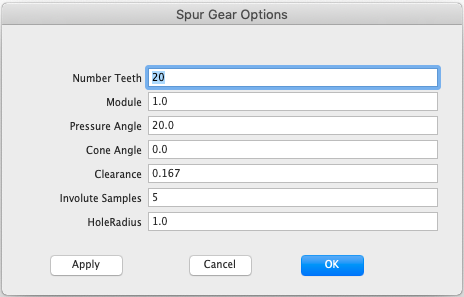 This feature is available in Optional Powerpack Module. The spur gear teeth in TurboCAD use an involute curve. The involute curve is the curve traced by a point on a straight line with rolls without slipping. Spur Gears in TurboCAD are defined with the following parameters.

The 3D Manufacturing Format (3MF) is a 3D printing format that allows design applications to send full- fidelity 3D models to other applications, platforms, services, and printers. Highlights of the TurboCAD implementation are listed below:

THE OBJ file format was updated to supporting reading and displaying textures. 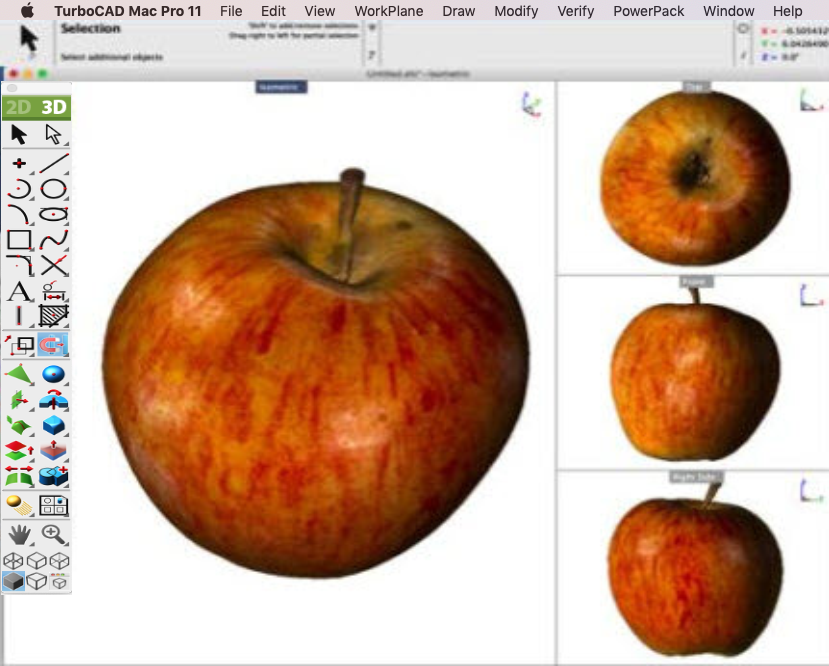 SketchUp (TM) has introduced a new file format starting with their 2018 products. V11 has been updated to support the new format as well as supporting textures..

This optional add-on extends in TurboCAD Pro. Autodesk (TM) has updated the DXF/DWG format with the release of AutoCAD 2018. V11 has been updated to support the new format. Note: AutoCAD 2019 uses the same format as AutoCAD 2018..

Threads are a common feature used in fasteners. Threads in TurboCAD are defined with the following parameters. 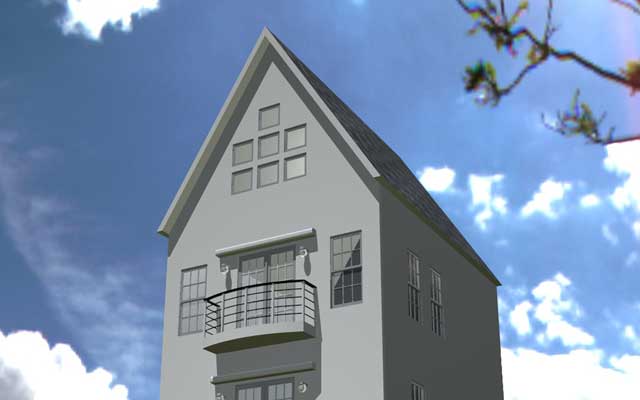 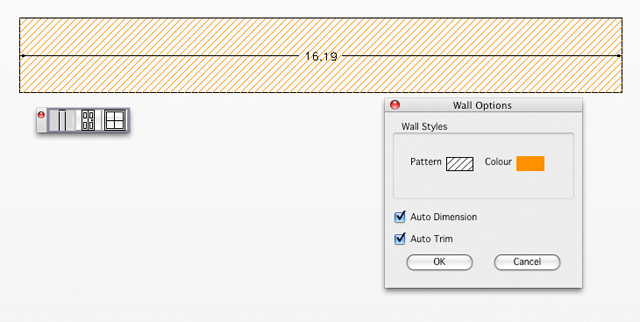 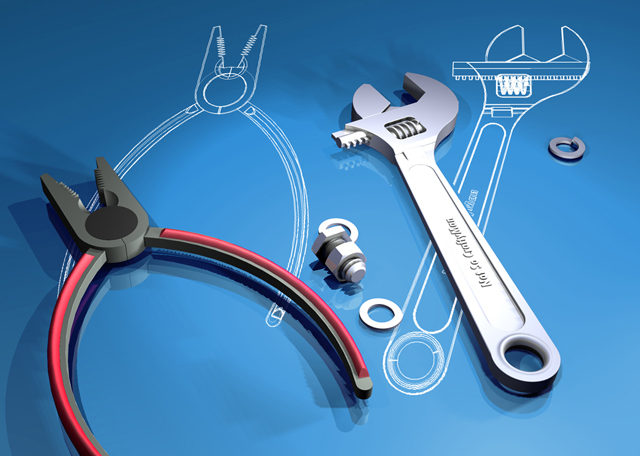 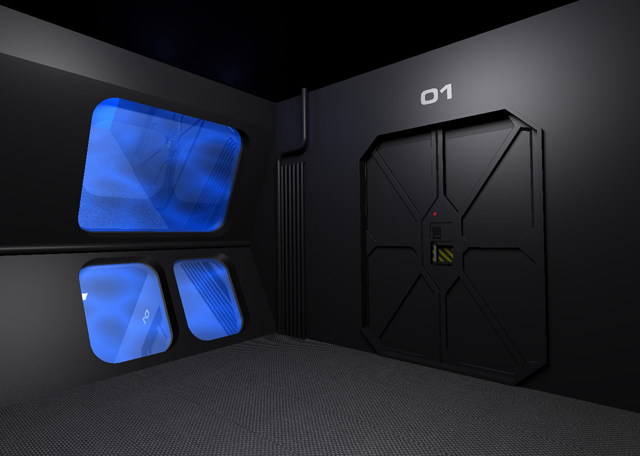 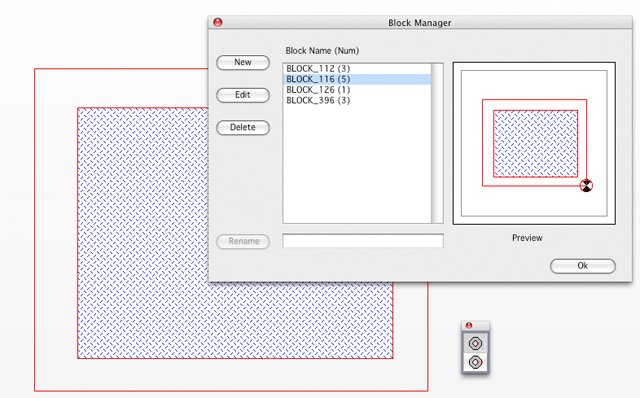 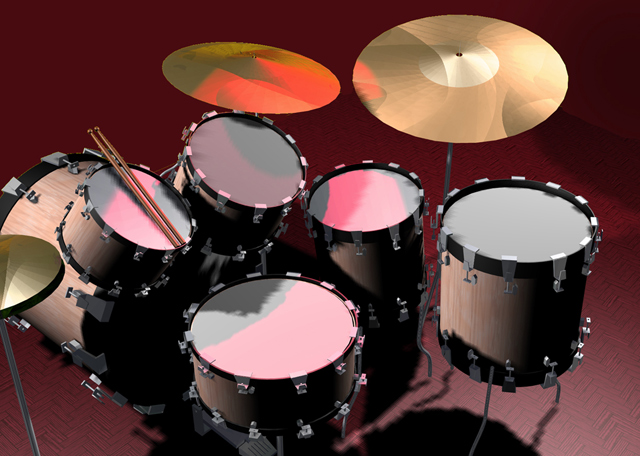